Justn Ist was born in California in a suburban middle-class upbringing.  Like many of the youth of his time, he grew up wearing hand-me-downs, eating TV dinners, and wearing the key to the front door around his neck while at school.  Going out to dinner was a luxury, reserved for the once or twice a year celebration, such as a birthday.  In America even a single father like Justn's could raise his kids, wisely save and invest, and squirrel away enough to send his kids to college.  After getting his bachelor's degree, Justn met his beautiful wife at work.

Although he was white and she Hispanic, they never heard a scoff, received a dirty look, or other hint of disapproval from others.  With black cousins, nieces and nephews, they had the ultimate diverse family.

In the 1990's and early 2000's, the country seemed to be entering a post-racial era.  By 2008, the U.S. proudly elected its first black President.  Yes, there were still individual acts of prejudice and racism, but overall the society enjoyed a openness and acceptance to others.  It was a culmination of decade after decade improvement and those who still had the judgmental faces were turning grayer and gathering more wrinkles.

Then something happened.  The voices echoing from the campus lecture halls to the Hollywood microphone grew louder and louder about unfairness, injustice, and racism in society.  There was a desperation, a pleading in their tone at first that was neglected by the evidence -- the reality around them.  But, like a wounded animal fighting for it's existence, the quiet cries turned into deafening screeches.  As the words reverberated through the years and the claims became more extreme, they gathered a fervor and rage not seen before, morphing into a dark and ugly hubris.

Justn and those around him were shocked at these cries especially when every statistical measure consistently showed the opposite trend.  They began to wonder if they were just insulated, blind to the truth.  Un-Corrected was the result of this search for an answer. 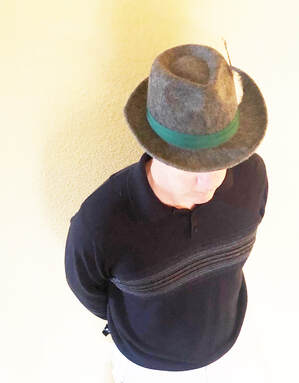